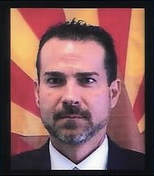 Licensed Attorney with the State Bar of Arizona since July, 1997.  Admitted, U.S. District Court of Arizona.

Awarded "Top 1% of American Professionals" by The American Registry, 2016.

Recognized as a "Premier" trial attorney in the State of Arizona by The National Academy of Jurisprudence, 2017, 2015.

Recognized as one of the top DUI attorneys in the State of Arizona by The National Advocacy for DUI Defense, 2016, 2015.

Has handled over 6000 cases, including capital murder.

Has handled over 2000 DUI cases (these cases were personally handled by Mr. Silva, not by associates or partners). Has won DUI jury trials in every type of DUI case, including Drug DUI cases and Super Extreme DUI cases.

Counsel of record in over 500 bench and jury trials (this number includes cases that went to verdict or were completely dismissed by the judge during the trial or immediately prior to the start of the trial).

Member, The National College for DUI Defense, National Association of Criminal Defense Lawyers (LinkedIn Group), Arizona Attorneys (LinkedIn Group), DUI Law (LinkedIn Group).
Silva Law Firm, P.C. LEGAL DISCLAIMER: The materials in this web site are not legal advice and your use of these materials does not constitute nor form an attorney/client relationship with the Silva Law Firm, P.C.  Please do not send any confidential information to our office without prior authorization.  Contact us personally regarding specific advice for your particular case, because there is no substitute for professional legal counsel.